Its something I’ve never been very good at. I don’t know if that’s because it wasn’t something that I experienced very often in the first 20 years or so of my life, or if either way I would have had the same struggle with letting go and saying goodbye.

I remember when Aunt Hannah died. She was about the closest person to me that I had ever experienced losing. I remember wondering if I would ever have a day where I didn’t ache with missing her. Its been about 18 years since she died. I still miss her but not only are there days when I don’t ache but there are often weeks where I don’t really even think about her if I’m honest. Somehow life has resumed and while I loved her and still do, and while I do think of her often with fondness and a little sadness that she is gone, I have moved on, found peace, and it is not something that really affects my life anymore.

Joining the LDS church was saying goodbye in a way that I hope I never experience again. It was saying goodbye to everything all at once. It hurt more than anything ever has and it hurt for a very long time. In fact it was something that I shed tears over probably almost on a daily basis for the first 6 years or so.

Sometimes saying goodbye is something that happens all at once, like when our dog Meg was put to sleep. One minute she was there and the next she was not. Like when my Grandma Vilate and my Great Grandma were hit by a truck as they were crossing the street together. One minute they were two little old ladies enjoying an afternoon together, we were planning to visit as soon as our schedule and our lives settled down. The next they were gone.

Other times it happens slowly. Like with my dad. Over the last couple of years I have watched as little by little I lose my dad. He is still here, he is still alive and actually doing pretty well which is something that I am so grateful for. But he is not the dad that I knew. He is not strong, and jolly and wise. He is old and frail and forgetful. I cant go to him for advice because he can’t remember what the question was long enough to give me much of an answer. I can’t count on him to be there for me because he is more like a child than a man. I love him, he is still my hero, my rock, and I will always love him. I’ve actually been glad that he is going slowly. It gives me a chance to make those adjustments to him not really being there while I can still put my arms around him and hear him call me his little ladybug. I can still hear his voice as he whistles popcorn popping. I can still see the twinkle in his eye. One day I know I will lose that too but I am glad that I get to make this adjustment a little at a time.

And that brings me to the crux of this post. Ryan is moving to Hawaii. I know I should be ok with it. I have felt for some time now that its ok that we are not together, that I believe we can be happier with someone else. The problem is that I love him. I love him so much that I didn’t even know how much until he showed up at my house unannounced and told me that he is leaving. In just a couple short weeks he will be gone from my life for at least two years. It might as well be forever. I can’t say goodbye to him all at once. I need it to slowly die out while we can still be friends, can still see each other and still be a part of each others lives. I wanted to slowly grow apart.

I really wasn’t hanging on to hope that things would change and we would get back together. I wasn’t. But I also wasn’t ready to let go of him completely. Ryan was so much more than my boyfriend. He was my best friend and the one person that I felt completely myself with. He was the person whom I loved so much that it hurt. He was my first kiss and my first love. He was… well there just aren’t words. When he told me, I wasn’t expecting the hammer that slammed down in the pit of my stomach almost making me lose the dinner that I hadn’t eaten yet. I wasn’t expecting the room to start to spin or the tears that came almost uncontrollably and certainly unwelcome to my eyes. I wasn’t expecting my esophagus to suddenly swell to twice its normal size and make it difficult for me to breathe. I wasn’t expecting the panic that set in after he left as I realized that I would have to say goodbye to him for good and there was nothing I could do about it.

I tried to compose myself to talk to him like a sane, rational person. I kept my voice calm, I kept my mouth in the shape of a smile so that I wouldn’t cry and I talked to him about the things he wanted to talk about. But all the while I just wanted him to hold me and tell me that it was all going to be ok and that he loved me still and that he was leaving…but I could go with him. I wanted to beg and plead with him to see reason. To see that no one will ever love him as much as I do or that no one will ever make him as happy as I can. 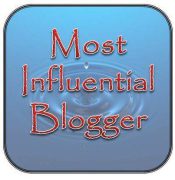